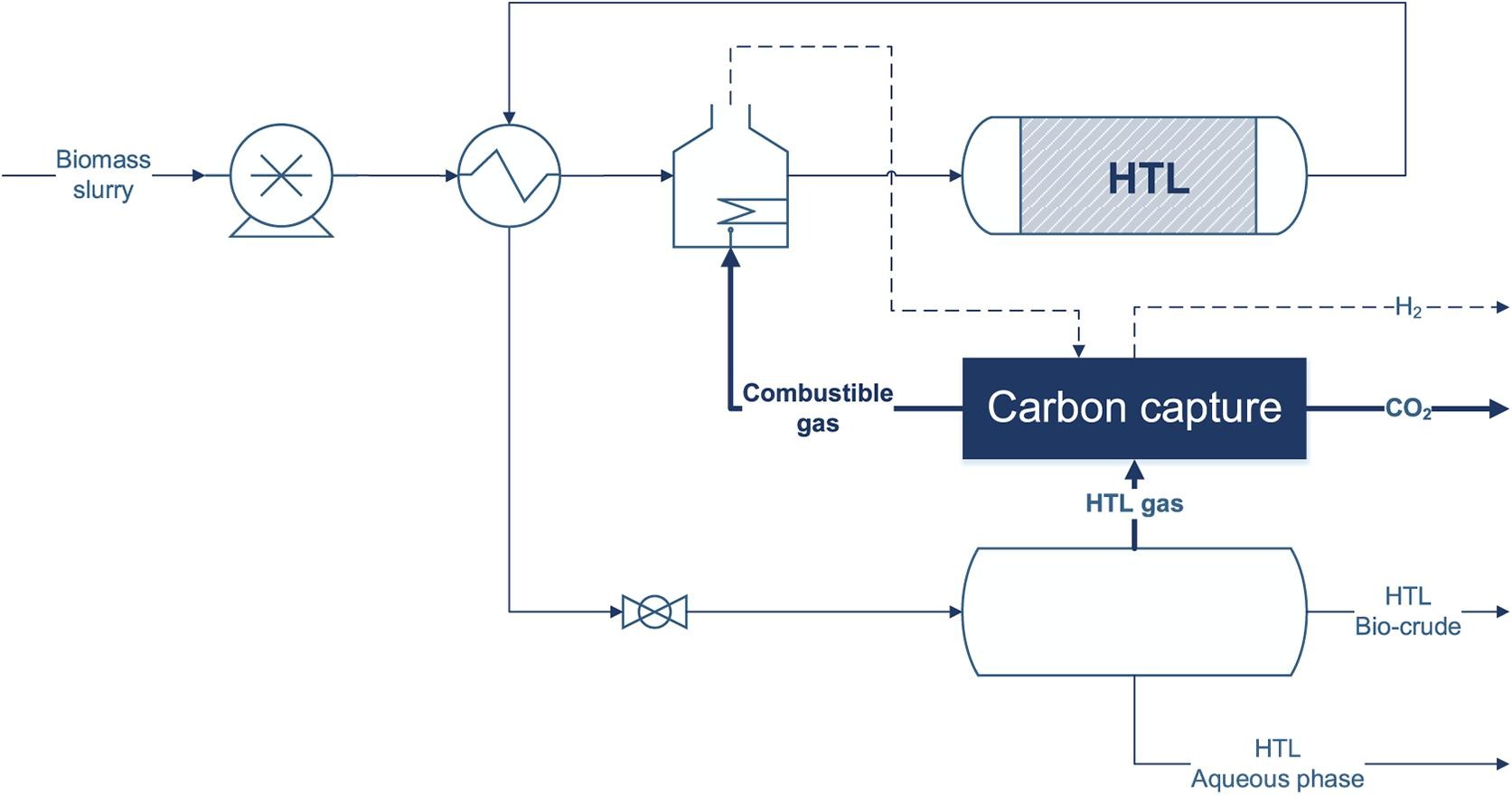 Due to its capability to produce negative CO2 emissions, bioenergy in combination with carbon capture and storage (BECCS) has been identified as a key technology to limit global warming and to support the energy transition in pursue of the climate targets of this century. Among different bioenergy applications, advanced liquid biofuels produced through the hydrothermal liquefaction (HTL) of waste biomass have gained interest as promising drop-in alternatives to fossil fuels. However, there is lack of studies in literature that evaluate the potential of HTL as negative emission technology in the context of BECCS and present detailed process design of such an implementation for different types of biomass. In this paper, we perform carbon capture modeling based on state-of-art experimental data on HTL of waste lignocellulosic and urban biomasses by means of physical absorption via the Selexol™ process. The process model is utilized for developing a techno-economic analysis that highlights key parameters to optimize CO2 capture cost efficiency. The results indicate that the purity of the CO2 product fulfils the requirements for geological storage in all cases studied, and is on-spec for pipeline transportation when the composition of C2+ hydrocarbons and H2S in the HTL gas are kept below 4 and 1 mol % respectively, or by the implementation of two absorption steps. For the standard process evaluated, the estimated cost of the captured CO2 is between 40 and 53 EUR/tonne, which is in the range of the carbon price expected within this decade in the EU emission trading system, given the announced cap reductions until 2030 and the targets set by the European Green Deal.

Immage: Role of the HTL gas phase in the process and carbon capture.