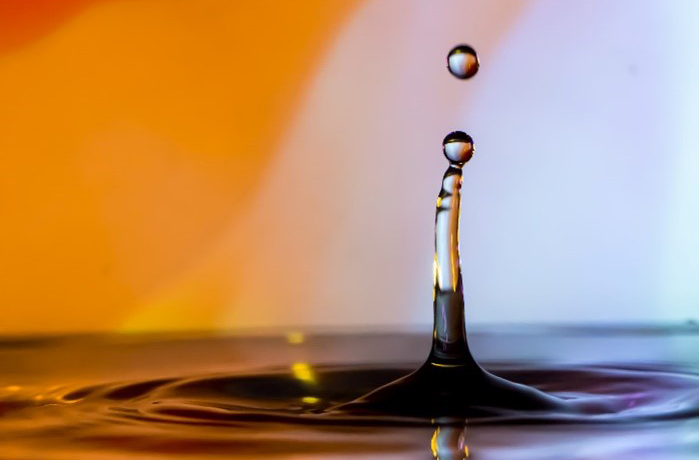 produces an aqueous phase (AP) byproduct, which contains oil-in water-emulsions, suspended solids (SS) as well high concentrations of dissolved solids (DS). Among these constituents, some are of high value for HTL process itself such as the organic carbon. Recirculation of the organic carbon is an option to increase the yield of HTL. Others can be purified and used in other fields such as the use of ammonium salts as fertilizers in agriculture. In addition, the AP contains high concentrations of toxic compounds such as phenols and needs a special treatment before being released in a municipal wastewater treatment plant or being discharged into water bodies.

In the next generation road fuels project, the partners from the Engler-Bunte-Institut (EBI) at Karlsruhe Institute of Technology, have been working on this topic focusing on membrane technologies.

In December 2020, first results were presented by MSc Ali Sayegh in a poster at the International Congress on Membranes and Membrane technologies (ICOM). In his Poster, Mr. Sayegh showed his investigations on filtering the HTL-AP with a variety of nanofiltration (NF) and low-pressure reverse osmosis (LPRO) membranes, which were able to retain up to 80% of the dissolved organic carbon and clarify the liquid color to a high extent. Main drawback of using polymeric membranes for HTL-AP treatment was fouling formation and the corresponding flux decline. In order to achieve a stable membrane performance a pretreatment of the liquid is needed. 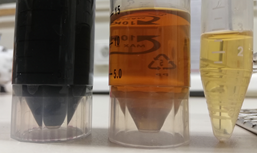 In February 2021, further results regarding HTL-AP-pretreatment were presented in the Annual meeting of the ProcessNet specialist groups Extraction and Membrane Technology (ProcessNet). In this Conference, Mr. Sayegh gave an oral presentation on a hybrid system consisting of submerged membrane ultrafiltration (UF) and an ammonia recovery in an acid solution. In continuous experiments lasting up to 10 days, he showed that an UF membrane with a molecular weight cutoff (MWCO) of 100 kDa can retain all particles, suspended solids and micellular oil-in-water emulsions. He also provided the required conditions of the UF process, for an optimized membrane filtration including critical water flux determination and cleaning procedures. Furthermore, he showed that the aeration applied in submerged membranes led to a faster striping of more than 90% of the dissolved ammonia-Nitrogen. Stripped ammonia was then recovered in a sulfuric acid solution in the form of ammonium sulfate, which is a typical fertilizer used in agriculture and can hence improve the economic value of the HTL process in total.

At the moment, after fixing the pretreatment method, EBI is investigating Membrane Distillation (MD) as an alternative for further treatment of HTL-AP. MD is a thermal driven filtration, which can benefit from the high temperature of the HTL-AP and decrease the operating costs of the HTL-water treatment.