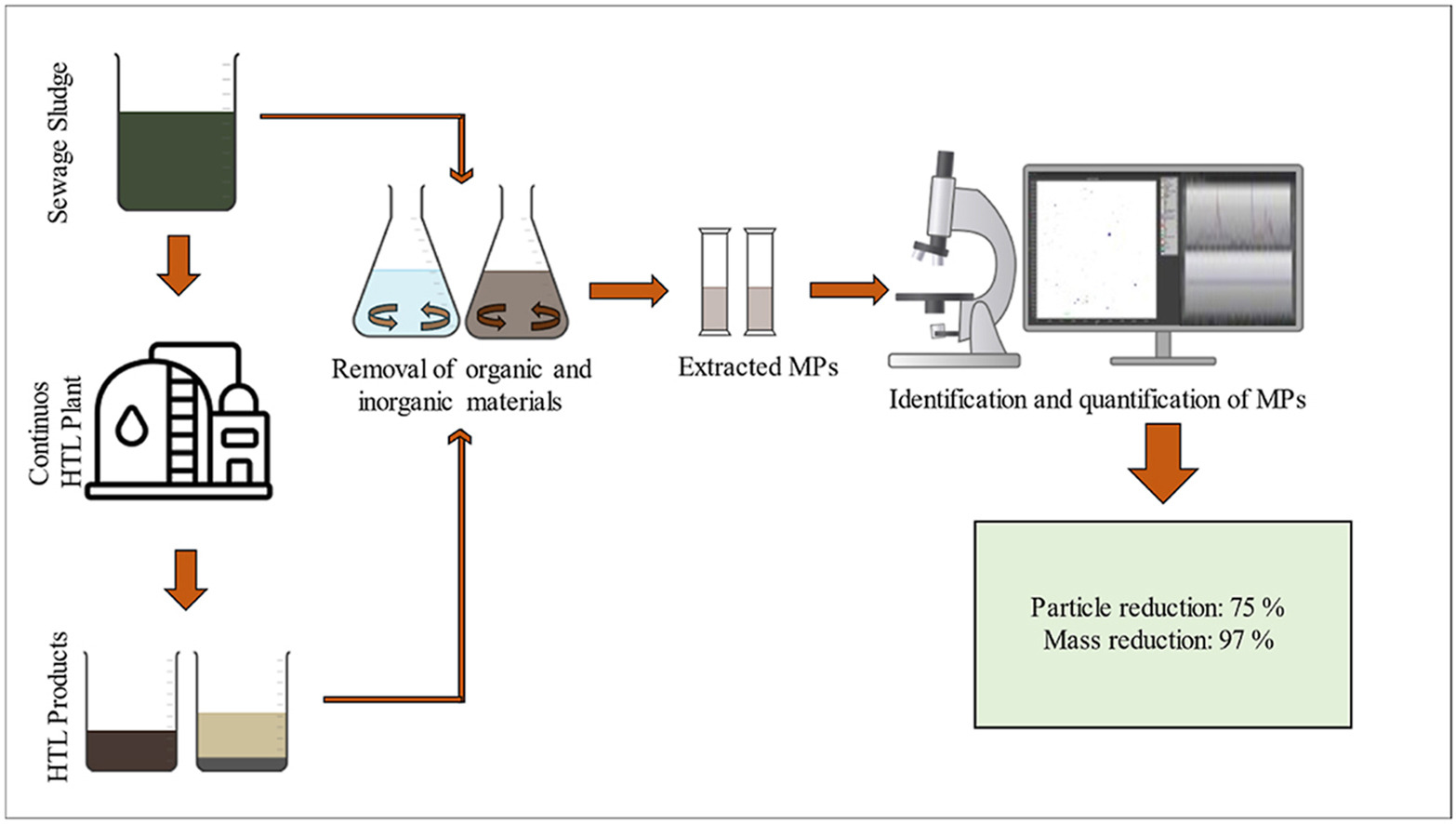 Wastewater treatment plant sludge contains large quantities of microplastics (MPs), which is a problematic substance that impedes sustainability efforts, such as in land management. MPs are resilient to degradation, but extreme conditions, such as high temperature and pressure, can lead to residues that can be used as fertilizers on farmlands. Hydrothermal liquefaction (HTL) creates such conditions, converting sludge into valuable bio-crude. To this end, the current study examined the resilience of MPs in sewage sludge that were treated by continuous HTL operated at supercritical water conditions (400 °C, 30 MPa). MPs were extracted before and after the HTL process and quantified by Fourier Transformation Infrared Spectroscopy (FTIR). Particles of 10–500 μm were quantified using Focal Plane Array (FPA) based micro-FTIR (FPA-μ-FTIR) imaging combined with an automated analysis of the generated spectral image, while Attenuated Total Reflection (ATR)-FTIR was used for MPs >500 μm. The continuous HTL led to an MP reduction of approximately 76% in terms of MP number and 97% in terms of MP mass. The difference in reduction of the number of MPs versus their accumulated mass was the result of MPs being smaller after the HTL process. A total of 18 polymer types were detected in the sludge and slurry entering the continuous HTL while only 11 types were identified in the residual materials. No MPs were detected in the bio-crude, i.e. the most favorable product of the process. The polymer composition changed considerably as a result of the HTL process. Polyurethane, polypropylene, and polyethylene were the dominant polymers in the feedstock, while polypropylene and polyethylene were the most present in the residual products. The findings indicate that HTL can be efficient in reducing MPs in highly polluted sludge from wastewater treatment plants, leaving the byproducts and residuals significantly less polluted, hereby reducing the movement of MPs to the terrestrial environment. Thus the products are better suited for sustainability efforts than the raw material.